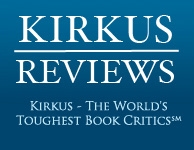 After losing his job at a state mental hospital that was burned down by one of his patients, Greaney finds work in Pennsylvania’s rough and tough prison system. Mostly he’s at a maximum-security prison, though he also does a stint at a medium-security prison and visits others. The book starts with a bang—an ex-con confronts Greaney at a bar—and the action continues almost nonstop as he works with and fends off a variety of intimidating, crazy criminals ranging from murderers, rapists, and pedophiles to one or two inmates wrongfully convicted and imprisoned. Character studies here delve into the diversity of personalities—from the practically benign to the pathologically monstrous—and paint a bleakly dismal portrait of prison and its denizens as well as the difficult positions for prison psychotherapists. Often hated, gamed, or attacked by prisoners, they garner little sympathy from the guards who are supposed to protect them but who look upon them as naïve bleeding hearts. A proponent of blunt honesty and tough love, Greaney succeeds in counseling some prisoners but concludes that his job is futile. The work is making him as mad as his clients. He begins drinking heavily, gaining weight, and having violent fantasies; eventually, he seeks professional help. This gritty account of the cruel realities of modern American prison life is notable for its insightful character sketches and its detailed descriptions of prisons’ physical and emotional brutality, not to mention the blundering bureaucracy and the American public’s heedlessness. Sharply focused and tightly written, the book makes for a riveting read, though the authors can’t seem to decide whether prisons and prisoners can be reformed or are beyond redemption. Perhaps the conclusion is that American crime and punishment may be one more problem with no solution. But the novel presents a forceful case that America’s prison system is making the most incarcerated population on Earth worse rather than better, endangering not only prisoners, but those who work with them, not to mention the public at large.

A finely crafted, thoughtful look at the modern-day morass of America’s prison system.