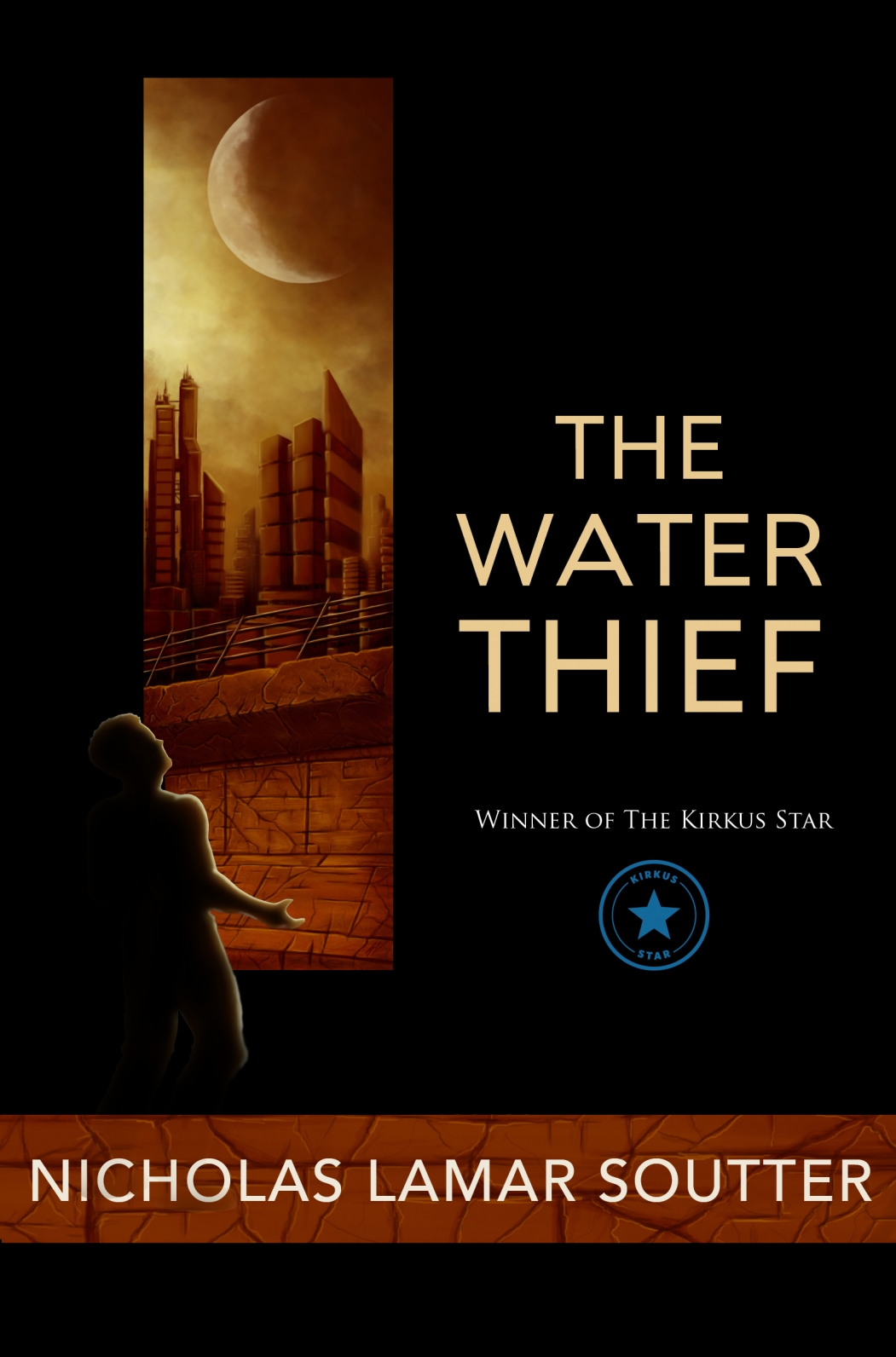 “Profound… sure to spark a reaction” and “scathing, ceaselessly engaging”
Kirkus Reviews

CHARLES THATCHER is a private citizen, which is to say that he’s the private property of the Ackerman Brothers Securities Corporation. He’s got problems: the cost of air is going up, his wife wants to sell herself to another corporation, and his colleagues are always trying to get him tossed into the lye vats.But when he discovers a woman stealing rainwater, he sees his chance to move up in the world, maybe even become an executive. He reports her, spinning a picture, not just of a thief, but of a seditionist and revolutionary, someone who believes in that long-dead institution called “government.”Then she vanishes.

Overcome with guilt, he tries to track her down. What he discovers is an underground movement every bit as seditious as the one he had imagined.

But as he becomes enamored with their cause and with life outside his corporation, Charles must contend with a larger truth; in a world where everything is for sale and lies are more profitable than the truth, even a group of revolutionaries can have something to hide.

I ordered it just now in Nook Book format. Thank’s for posting this, Kim.

Have you read William Gibson’s Pattern Recognition. Worth a spin.

It’s already here. We are under its grip now. Don’t believe anything else!

They are preparing to put down a civilian uprising Dan. Government is completely out of control.

Hey Dick Chase, thanks for thinking of me and this recommendation. I often think of writing doubles like this myself. I think A plot around a Frak Ing disaster and spillage into a large water supply precipitation of earthquakes a long those fracturing lines would make a great thriller… When I hear of the Jade home exercises I wonder exactly what the Department of Homeland Security is preparing for. It seems like Katrina was a test case for them of something drastic ecologically. Michael Creighton pursuit such an idea in his novel state of fear which I found pretty compelling

I believe the government is using HAARP for nefarious reasons. Katrina was one of them. Yes, conspiracies do exist.

This is the future that’s coming Dan McGraw. I have no doubt it.

The future is now.

I hope it is imagination.

Worth reading, but literarily on a par with Atlas Shrugged, i.e., tedious. Not long enough to really confront Rand, but does establish a number of recognizable culminations of current economic notions…not pretty.

A good book—I would recommend it!

I must read this.

I picked this up at my library today. Will start reading tomorrow.

Quite a book. I see so many similarities today, it is scary.

with Christy about to allow corporate entities to buy municipalities in New Jersey, the statements of Hershey’s ceo (that water is not a human right–i.e., rather, a commodity), the future has come to pass.

Who needs dystopian novels when you live in Louisiana?

Sherie, let me know your thoughts if you read it before I get to it.

Water is and has been the next OIL…Watch for the Wars to begin.

PEOPLE still have a bit of control. Move your funds.. savings, loans, checking to a local credit union! Fees are lower and they treat you better. Stop doing business with the “to big to fail” Banksters. Buy from local merchants your say is worth a few cents in pricing!. Do what ya can besides whine on the internet!

Read right after you read: THE HANDMAIDEN’S TALE.

I was pretty disappointed in it. Very lightweight, no real important questions and definately no answers.

not much of a stretch…

Bill, you are a wonderful promoter. Read the book and liked it. Thx!

I have this book on order.

Have you read this book?

I was very disappointed in it. Very wishy washy and not nearly realistic enough. Way too vague.

I just downloaded on your recommendation will let you know.

I LOVE THIS BOOK! I am around half way through it.

You should read Hugh Howey’s Silo Saga, staring with Wool.