Skip to content
Home > Blog > The Engine of a Bush Econemy 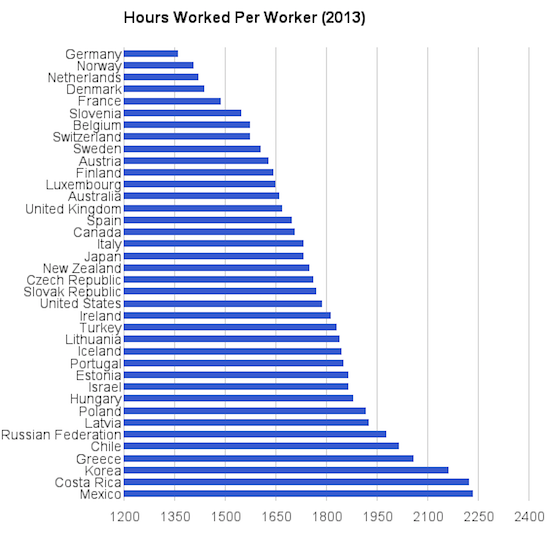 The Engine of a Bush Econemy

We bandy so many words around that we dull their meaning and impact: un-American, racist, war on (insert favorite topic here). I recently heard a CNN reporter say, on air, “It’s raining hard here. I mean it’s literally raining cats and dogs”.

So believe me when I tell you that I hate expressions like “out of touch”. The truth is that I wasn’t even sure what it meant… at least not until I saw Jeb Bush talking about his goals for the economy.

He said that Americans would have to work more hours.

Now I understand what he’s saying—we need to raise growth, and if you look at economic models, raising the amount of time worked boosts productivity. Fine. But it’s not the only way to boost productivity or growth, and those models assume perfect efficiency (when in fact you can overwork a population). Germany has one of the strongest economies in the world, and they work less than we do. 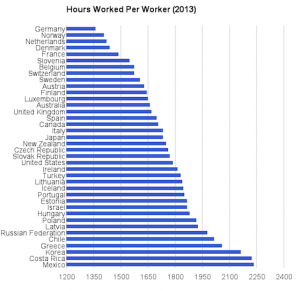 In fact, we’re the hardest working industrialized nation. We work more hours than anybody (with fewer guaranteed benefits, like vacation and sick leave). He’s no idea how much people actually work, and to him, people are like chattel, existing for no other reason than to drive the economy.

The republican view is that the economy does best when everyone works in their own best interest (and there’s some truth to that). But this has lead to a considerable imbalance whereby those at the top can use their money to leverage even more money, not through hard work, but by changing the rules in their favor (who really thinks that Mitt Romney should pay a 14% tax rate while the average family pays close to 34%?).

This leads to a mentality that, so long as you are boosting production, the ends justify the means. It’s okay to destroy the middle class so long as GDP goes up (and it doesn’t–not sustainably– but that’s a whole ‘nother kettle of fish). It doesn’t even matter to them who is making the money anymore(we can’t even keep track of it). You may think it’s a small group of billionaires, but the vast majority of US debt is held by China. They “own” a large piece of this country and our economy. And you may think corporations are doing well (and they may be), but these aren’t American institutions anymore (at least they don’t contribute to this country)– they manufacture in China, sell to America, and then channel the money to the Cayman Islands so that they don’t have to pay taxes. So now, instead of having an America where people are free to live their lives, we have an America where people have two jobs: consume goods and work harder.

So when Bush says we need to work more, yeah, he’s out of touch.