A lawyer once told me that he had a perfect record, that in 10 years of practice, he never lost a case. I fled his office, arms flailing, because I knew that one of two things had to be true: either he was lying to me, or he was a terrible lawyer. As in any field, a lawyer only gets good with practice. You only get practice by being challenged and taking chances.F. Lee Baily lost 45% of the murder cases he took on. But he took the cases nobody else would touch, cases thought to be unwinnable, and he won more than half the time. He’s considered to have been one of the best defense lawyers in U.S. history.

If I’m accused of murder—a mountain of evidence against me— I’d rather take the lawyer who’s tried a hundred of the hardest cases in the world and won half, than the lawyer who’s taken on a thousand slam dunks and never lost.

If there is no chance of failure, success is meaningless.

This is an axiom. It is a priori. There are no exceptions.

In 2001 The Boston Globe reported that 91% of students at Harvard University graduated with Honors. Two weeks ago, Jay Harris, the Dean of Undergraduate Education at Harvard, said that the most commonly given grade at Harvard is an A.  The student average is an A-.

This touched off a debate over whether the students are actually earning the grades, or being handed them either for prestige, out of fear of student reprisal, or to avoid hurting students’ self-esteem. People (purported educators, no less) have defended the grades arguing that the high number of A’s is the result of smarter students, by way either of higher admission standards or improved secondary education, or by arguing that ire over the grading is simply the result of jealousy over Harvard’s success.

That we could even have such a debate is incontrovertible proof that education is not a priority in this country.

The grades are indefensible.

To even try to defend them (by suggesting, as one editorial did, that their curriculum is excellent because it would have generated A’s during the Eisenhower administration) is to admit surrendering any interest in academic accountability or performance, and to do so far in excess of any of the charges leveled against Harvard to date; it’s like a telling a police officer you can prove you weren’t texting while driving because you were too busy smoking an eight ball of crack.

Apparently I’ve been living under the misconception that it was the job of a school to challenge its students. If getting an education were easy, everybody would do it, and an advanced degree would be meaningless. As the lawyer who wins every case has does not grow or improve, so too does the school which gives every student an A fail to educate them.

That any educator in any school, in district, in any state in this country (let alone Harvard), could ever defend such practices shows a staggering failure to understand even the most fundamental principles of education.  Apparently, with student after student sailing over the academic bar, the collective wealth of knowledge contained within the hallowed halls of Harvard was insufficient to draw even a single professor capable of standing up and saying, “Gee… might the quality of our education improve if we inched the bar up a tad?”

Whether your students are a the brightest seeds spawned from the loins of man, the average American teenager, or five monkeys hurling feces at each other, the same rule applies universally: If they all get an A, they are unchallenged, and you have no claim to excellence of any kind (unless, of course, your goal is to take the parents money and give the students excellent grades so they can be ushered into positions of wealth and power on the backs of their family fortunes and your school’s good reputation. If that is the case, then Harvard may indeed be an exceptional school). 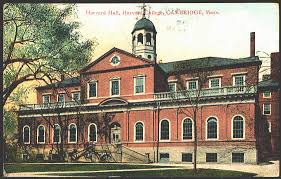 If anyone has ever doubted the dramatic decline in the standards of exceptionalism in our educational system and its corollary rise of mediocrity and cronyism that all but assures our inevitable decline against countries that both value education and challenges their students, let the fact that these defenses of Harvard can so easily roll off the tongue of so many of our “educated” and “educators” alike settle the matter once and for all (and to those of you intimidated by the complex construction of that sentence, I apologize. But congratulations on your Harvard diploma).

What’s worse is that these elitist practices and inane defenses lower the standards of all education across the board. If Harvard students don’t have to be challenged because their secondary education was so good, how long before secondary educators fall back on the same line of reasoning? Let’s allow students to waltz through high-school unchallenged on the grounds that primary education in this country is better than ever. And should primary educators suddenly finding themselves unwilling to bare the sole responsibility for teaching the entirety of a student’s education within a single year of kindergarten, let us demand that pre-schools teach students everything they will ever need for their education, so that afterward we may give them straight A’s through the remainder of their academic career. Think of it—we’ve been over spending on education on this country by a factor of ten or more, on silly little things like grading and curriculum. I’ll say this for Harvard’s methods—they’re efficient.

I will end my rant now, bow out gracefully with my humble opinion spoken.  But I will make one more apology. I am sorry to Harvard University, for implying that this is exclusively their fault. They may be (by no narrow margin) the worst offenders, but they’re not the only ones. They are being singled out for a problem which is plaguing the Ivy Leagues (and forcing schools who actually believe in meeting exceptionalism with improved standards to do the same thing to remain competitive. Why earn a grade if Harvard is giving them away?) and our education system as a whole. I do not mean to offend or single them out (if for no other reason than I may someday want to advance my own education, and with a wife, two children, three cats and a dog, may not want to go through the trouble of earning one. Satis Ergo Optimum is a motto we can all stand behind).

But I have learned something today. In the past I have bemoaned our rank as 21st in the world for education as being woefully low. But Harvard has taught me a valuable lesson… That I should instead be thankful it’s as high as it is.  And for that I can say that I truly have a Harvard Education.

There… another reason for hope! An author who speaks truth to power…. instead of talking about doing so. They are unlikely to read your offering Nick… just as well. They’d disagree with it, and presume themselves right to do so… being EXCEPTIONAL, as they are. They’d then be likely to assail you publicly… in order to vindicate themselves by bring you down. After all, who are you N.L. Soutter to question those who own and control the ultimate bastion of EXCEPTIONALISM, be that American, or generic. There will be those who say you’re just jealous because Harvard students are given… Read more »