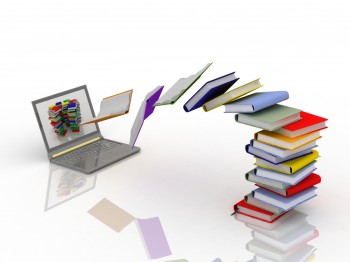 If you have printed your book POD, should you tell a potential agent during the query process?

Remember, in our discussion of query letters we mentioned that a query letter needs to be concise. There should be no irrelevant information.

This begs the question, is being published POD relevant?

Well, POD publishers charge to publish a book. They will publish any book, on any subject, for a cost of $250 to about $2000.

Recently some PODs have been claming to be traditional publishers (and even pay “advances” to authors) with standards. These are usually misleading.

A number of expert Science Fiction and Fantasy writers published the book “Atlanta Nights” under the pen name “Travis Tea”. It was, intentionally, the worst book they could write.

In addition to bad spelling and grammar, no plot, characters who randomly die, come back, and change gender and race, Atlanta Nights had other problems:

Two of the chapters were the same (but not identical. They were the same chapter, but written by different authors).
Two chapters were identical, word for word.
Two chapters had the same chapter number.
One chapter was composed by a computer program which wrote the chapter out of random words taken from the other chapters.
One chapter was missing.
One chapter number was skipped.
PublishAmerica, who is considered the POD with the highest “standards” (and the only POD which claims to be a traditional publisher or have standards at all), accepted the book for publication (this after they also published a book, 300 pages long, which was actually only the first 30 pages repeated 10 times).

When PublishAmerica found out that Atlanta Nights was a hoax, they dropped the book. It was picked up by the POD Lulu, and can be found to this day on their website, with a highly complementary blurb about the writer and his exceptional skills (http://www.lulu.com/content/102550) who is “well-versed in believable storylines” with “believable every-day characters” and “[if] accepted by a Traditional Publisher, it is certain to resonate with an audience.”
This is why the industry does not even consider POD printing to make an author “published”. If they did, then anyone with $250 could be “published”. What would that word mean anymore?

If the American Idol finalists were people who simply paid to be in the finals, not people who competed and earned their way in (through immense trials and tribulations – see Simon Cowell), would you watch the show? Would you consider it legitimate?

Can you really begrudge an industry who does not consider POD publishing to be legitimate? Really?

Can you blame professional writers (like Stephen King, no slouch or hack, who was working withCarrie for SEVEN years before it was published) who actually take offence at POD printed authors claming to be “published”?

Having said all that, there are benefits to POD. POD is a useful tool (especially for non-fiction work), and will be around as long as there is an industry. Further, it will likely start developing a few POD presses which may have a legitimate reputation (though as their legitimacy increases, so must their standards, making publishing with them harder).

And POD can be successful (it’s harder than most people think, however. While in the publishing world 4/5 of books fail to make back the publishing costs, in POD more than 199/200 books fail) if you know what it really is going in (or if you measure success by something other than how much money it makes). It’s not terribly expensive and greatly satisfying.

POD is a wonderful and worthwhile industry. If you’re a lecturer, and you have a large platform (industry speak for a broad audience you can reach), POD can absolutely be the rout for you.

I do not wish to say that POD is evil, it will ruin the industry, or that it doesn’t have a rightful place in the world of publishing. But there is a fairytale of POD (perpetuated by POD’s who are selling you a product) that this is legitimate publishing, that this alone a writer makes.

If you agree that POD printing makes one a published author, that is okay, and that can give people the hope to go on in what is one of the toughest industries in the world (see On Publishing). But it is not considered publishing within the writing industry, and at a minimum, it would be wise of writers to recognize that, and recognize why.