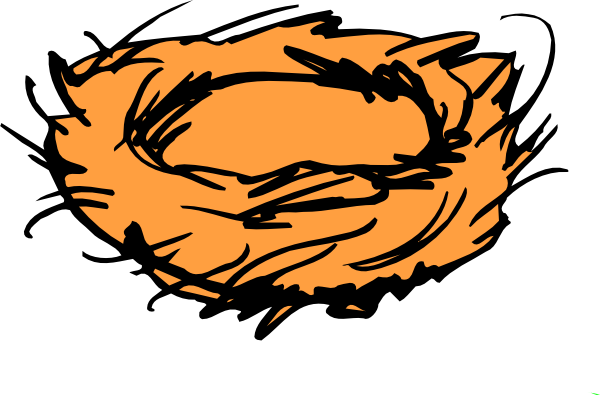 Published May 20, 2006 by Nicholas Lamar Soutter

“Life is a process of becoming, a combination of states we have to go through. Where people fail is that they wish to elect a state and remain in it. This is a kind of death.”
Anais Nin

“If you hide your ignorance, no one will hit you and you’ll never learn”
“You have to know how to accept rejection and reject acceptance.”
Ray Bradbury

“It’s none of their business that you had to learn to write. Let them think you were born that way.”
Ernest Hemmingway

Writing can be a devastating profession.

Now, I love writing. Writing is a drug.

Should I, sitting at my keyboard in the embrace of my muse, find Pamela Anderson doing a strip-tease out my window with a promise of passion in her eyes… Well, I’d find myself in a difficult situation.

Writing is also an art. Our society places little value on art (the national endowment for the arts makes up less than 1/10 of one percent of the United States budget).

Like other artists – painters, musicians, and actors, most of us who dream of even modest success in our fields find, by our finial hours on this earth, those dreams unrealized. The Screen Actor’s Guild (SAG) reports that 90% of their members, all of whom have made the SAG requirement of being cast in at least one big budget film, are unemployed in the acting business. This is to say nothing of the vast majority of actors whose accomplishments have been insufficient for SAG membership.

We see these actors all the time, waiting tables, shining shoes, and parking cars.

They tell us that it’s the industry, that it’s the biz, that it’s politics or just bad luck. They reminisce about the close calls or the one scene they had standing as one of a hundred extras twenty feet from Al Pacino.

These are tragedies all, inflicted not on those who deserve it, but those like us, those with a dream.

But they are not without cause.

We are so keenly aware of the personal, intimate vulnerability of these artists, that we feed their excuses and rationalizations. We say it’s just bad luck; it’s just a tough business.

It’s a lie, and it’s a lie which, while sheltering their ego, blinds them to the truth that they CAN forge their own destinies.

My experience in this field has been simple. I’ve seen a lot of failures, people who vowed upon their very soul to be a published writer, who after a decade of work accomplished little. And I’ve seen those whose books are (or soon will be) resting on the shelves of your local bookstore.

I have noted only one difference between the two.

Those who want to “be” great are dreamers. They spend their days with people who support them, with people of equal or lesser skill, submitting work only to those predispositioned to liking it, those with a charitable eye, such as friends or family. Their dream to “be” great is so alluring, that they view themselves as nothing more than a stone’s throw away (if not already there), delegating any salient criticism of their work to the realm of the “jealous” or the “stupid”.

Those who want to “become” great know that they are not. They spend their days with people of greater skill, people who can teach them – professionals so toughened by experience that they don’t cater to your feelings, people who’s critiques make the firestorming of Dresden look like a family barbeque. People you can trust.

All artists all start by wanting to “be”. They show their art to their parents who say “great job” and are enveloped with the warmth and security of who they are. It is a necessary part of being an artist.

But those who succeed are the ones who can leave that warmth, not for a few moments, or only with their best stuff, but ultimately choose to live outside of that security.

To put it in clearer terms, let us look at actors…

The actor who wants to “be” has done the cold read for every leading part in every Hollywood movie for the last 10 years. He complains that he didn’t get the part in “Oceans Fourteen: The attempt to steal a plot”, because of “politics”, or because he “told it like it is!” He (subconsciously) tries out for the roles beyond his reach, both so that he may appear skilled, and so that he has an excuse for failure. Tell your friends that you lost a roll to Jeff Bridges, and everyone understands. Lose a roll to “Se?or Sock”, the sock puppet on “Talk Soup”, and your friends may begin to look at you funny.

The actor who wants to “become” will play dinner theater at a retirement home for $2 an hour. He will play the roll of the “ambiguously happy woman running through a wheat field” in a hemorrhoid commercial which will air on Telemundo at 4AM, and play the Easter bunny every January at the local mall.

A bass player friend of mine attended weekly “jam” sessions with 4 friends back in Massachusetts. They would work out new tunes, pat each other on the back, and remind themselves that this weekly commitment alone meant they were musicians, and that they would all make it.

It reminded me of a writer’s group; great for support (which we do need, mind you), but not for growth.

Four years later he was making a comfortable living as a musician, working and recording with groups like Spyra Gyra. Last I heard, the remaining four from the orginal sessions hadn’t even replaced him, and were still jamming every Sunday night in the basement of the drummers’ girlfriend’s house.

Gather is a wonderful online community for getting support and nurturing (in MOST cases). It isn’t particularly useful for actually growing your talents and skills. It is a writer’s jam session.

Those at Gather who want to “be” great writers see this, not as a forum for expanding their mind, but showing off their skills. They post here to get that 10, to get the comments like “How brilliant…”, and “Bravo!! Fantastic article”; comments sometimes even bestowed by people who confess to not understanding the work. They want feedback, but only because they believe their work so strong, their ideas so powerful, and their words so eloquent, that there can be no salient critique. A critique then becomes, not a discussion of the work, but an attack on their entire belief structure.

I think of Hemingway’s “Old Man and the Sea” and wonder, what Gather rating that deserves? Or Poe’s “The Raven”. If they deserve a 10, what do we give to one of the most beautifully written passages of all time, Melville’s description of Ahab…

“Slowly crossing the deck from the scuffle, Ahab have leaned over the side, and watched how his shadow in the water sank and sank to his gaze, the more and the more that he strove to pierce that profundity. But the lovely aromas in that enchanted air did at last seem to dispel, for a moment, the cantankerous thing in his soul. That glad, happy air, that winsome sky, did at last stroke and caress him; the step-mother world, so long cruel – forbidding – now threw affectionate arms round his stubborn neck, and did seem to joyously sob over him, as if over one, that however willful and erring, she could yet find it in her heart to save and to bless. From beneath his slouched hat Ahab dropped a tear into the sea; nor did all the Pacific contain such a wealth as that one wee drop.”

Is it fair to compare anyone on Gather to these greats? Only those who claim to want to be writers.

But with such greats in the world, and so many published “pretty goods”, I wonder how at least 1/3 of gather articles are rated 9.0 or higher; some of them essays which appear flakier than Tom Cruse with a side of Baklava.

None of the greats I mentioned were born great. They all worked hard at it. They all had their places of safty, and I believe no successful writer got where they are today without their own Gather in their history.

But they all grew from there. Those places were a refuge, not a final destination.

The single most important thing for the development of a bird is it’s nest. Without it, baby birds will die. They simply haven’t the skill or strength to survive in the outside world. Most birds learn to fly on their own. A few don’t. It is then that their mother’s push them out of the nest. The bird learns to fly, or it dies from the fall.

Online communities like Gather is a haven for struggling writers. They can rest here, put their toe in the water, and learn self confidence, the foundation for every successful writer.

What makes these communities dangerous to budding writers is that there is no bother bird here. You can become content to publish here, publish your essays and claim that the Times won’t publish it because it’s too controversial, or your short story won’t get printed because they only take established writers.

You can claim to be the fastest bird in the nest, and tell people (and believe it yourself) that you don’t leave because every time you do, God hits you with a downdraft.

Make no mistake, without places like Gather, places for writers to stretch their wings and find their feet (and mix their metaphors), we would never have had any of the greats. There wouldn’t be any writers. But while these places are a crucial step, they are still only a step. There’s a reason Stephen King doesn’t post here.

Gather is the place for you, whether you are looking to jam, or to become a serious writer. But if you seek the latter, remember that it is not your final destination. Enjoy your time here, to grow and get your confidence up, but to always remember… You’ll be leaving some day.