Skip to content
Home > Essay > The Meaning of the Word “Is” 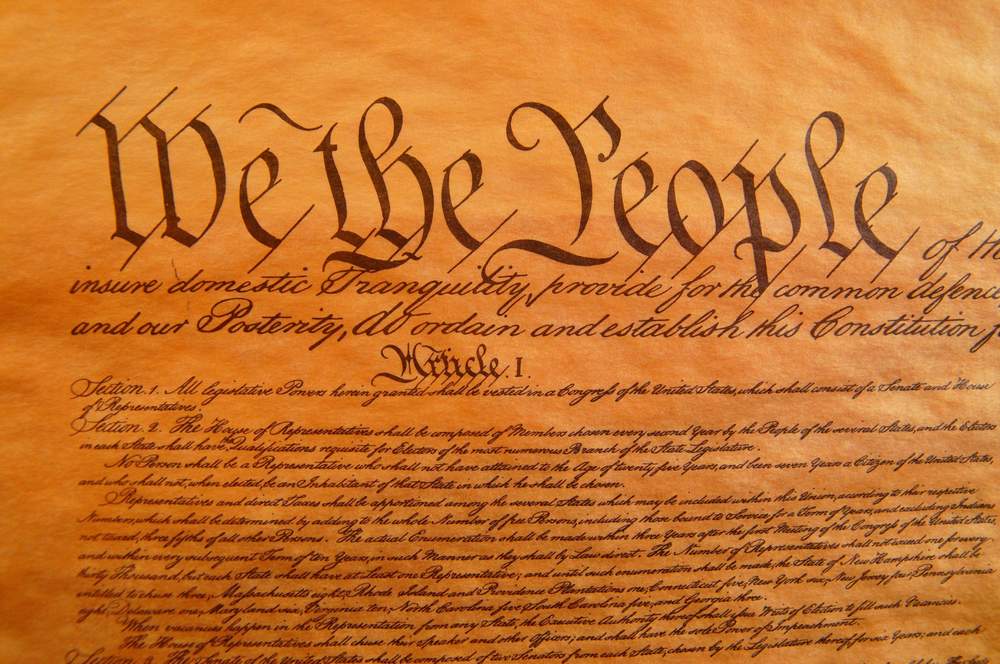 The Meaning of the Word “Is”

“The interpretation of the laws is the proper and peculiar province of the courts.”
Alexander Hamilton

One of the most common arguments I hear from the “Tea Party” is that judges are supposed to apply the law, not interpret it.

It’s been my experience that most arguments to the contrary fall on deaf ears, that they have little interest in discussion and would rather stick to their ideology. Indeed, the Tea Party is nothing if not a pushback against a world which some people find is changing too quickly and assaulting their core values and traditions.

None the less, since they tend to agree in the value of hard work, that it’s the key to success, let us all do the hard work of reasoning—together.

Judges must interpret the law for two very simple reasons.

The first is that, today, older laws must be applied to modern problems that the founding fathers could not have foreseen (like nuclear weapons and the internet).

The second is that nobody really knows how to read.

It is true, that we can read laws, books, and essays from philosophers prone to hyperbole all with some measure of accuracy. But all words are metaphors, and therefore no one word means the exact same thing to two people. Add to that the fact that our language is constantly evolving, and you realize that it’s miracle we can communicate at all. The truth is that we don’t know how to read—all we can do (with varying degrees of success) is to guess, to interpret, the intent of the author.

Let’s take a well known excerpt from the Second Amendment to the Constitution of the United States of America:

“… the right of the people to keep and bear arms shall not be infringed.”

Sounds simple, right? But the truth is that nobody knows what more than half those words mean.

What is meant by a “right”? If it’s a right, it can never be taken away. Does this cover psychotics, convicted felons, and children?

And while we’re at it, what is a “person”? When the constitution was written, a “person” was any white male over the age of 11 (12 years old? Here’s your rifle, women and men of color need not apply). We have a good definition now, you say? If that were true we wouldn’t have 18 year olds who could die for their country but not drink in it, or engage in 2 month congressional debate over Terri Schiavo, or be arguing (one way or another) about abortion.

Then there’s “keep”. Keep in your house? On your person? Can you conceal it? Can you keep it when you walk into an airport, or the Whitehouse? Can you keep it with you in prison while serving life imprison for murdering a family of five with it? And if you can “bear” arms, doesn’t that mean that you can aim a rifle it at anyone you want (which is technically assault), just so long as you don’t pull the trigger?

And just what kind of “arms” are we talking about? Back then it was a sword, knife or musket. What should it be today? A revolver, a semi-automatic pistol, a fully automatic pistol, a machine gun, a 120mm howitzer, a suitcase tactical nuclear device?

What does “infringe” mean? Does it mean no restrictions whatsoever? Does it allow licensing, or prohibiting arms based on age, mental status, or criminal record? Just having to pay for a arms is a level of infringement, is it not? Thus, shouldn’t the government just be giving away arms for free?

And while we’re at it, if we’re not to interpret the constitution at all, then let’s let people have all these arms. Just ban the ammunition.

And finally, most importantly… What does the word ” interpret” mean?

To moderates, it means applying the best common sense approach to resolve often intractable problems, keeping in mind the intent of those who wrote the laws as well as a practical understanding of their limitations in a modern world.

To extremists, it means any decision they don’t agree with.

The laws mean different things to different people at different times. They are written in English, and are thus living things subject to the vagaries of a living language and how its speakers view the world. Laws are, quite literally, nothing more or less than “We the people”, and can and always must be interpreted.