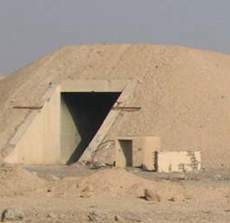 Why did we go to war in Iraq?

The debate over that question fades as it the reality sets in: whatever our reasons, we’re their now, people are dying, the government is unstable, and we’ve been unable to correct the problem.

But the question is still vital to understanding our country and our roll in the destruction of a country. Did we go in to find Weapons of Mass Destruction (WMDs) as we said, for oil, for democracy, to make ourselves safer, or as a vendetta? Even before the invasion, a number of Americans did not believe that Iraq was developing weapons of mass destruction (despite Colin Powell’s presentation to the UN). Since the invasion, evidence has been continuously mounting that the Bush Administration may well have known there were no WMDs in Iraq, and simply doctored intelligence to start the war.

For the most part, however, this “evidence” is hearsay, and in many cases comes from people who had been fired by the administration. However, the most compelling evidence that the United States had no interest in disarming Iraq comes from a little known, irrefutable fact:

Iraq did in fact have weapons of mass destruction.

After operation Desert Storm, the United Nations Security Council passed resolution 687, requiring that Iraq declare and account for all of its WMDs, and either destroy them or turn them over to the UN. On April 18th, 1991, Iraq made its official declaration.

The UN entered Iraq and placed all of the declared WMDs under UN seal. These weapons remained in Iraq (protected by little more than a plastic ring and caution tape) under UN observation at sites like Bouckaert, Muthanna, and Al-Qaqaa. These sights contained illegal, high power explosives (powerful enough to detonate a nuclear weapon), as many as 2,500 warheads armed with sarin gas, and other banned weapons.

Since that time, the United States has continually asserted that the April 18th declaration was incomplete, that a significant quantity of Iraqi WMDs remained undeclared, and that some of the WMDs reported as destroyed were in fact intact and in the hands of Iraq.

As the invasion began, the UN observers who had been monitoring the declared sites evacuated. This left known Iraqi WMD sites unsecured and in the hands of Iraq. Though the existence of these sites and their contents were already a mater of public record, the UN none the less reminded the US that these sites existed and needed to be secured.

In the first week of the invasion, the 101st Airborne spent a night at the Muthanna WMD site before moving on to Bagdad. They failed to secure or even inspect the bunkers there. Six months later not one of the declared WMD sites had been secured, and many were not secured for over a year after that.

By contrast, most of the Iraqi oil fields were secured in 4 weeks.

As a result of failing to secure the WMD sites, every building in Muthanna1 was looted2, and while many of the sarin rockets may have been destroyed in Desert Storm, it is now believed that sarin from Muthanna was the source of a Sarin IED attack on our troops in Iraq3. In addition, 377 tons of high explosive HMX4 were looted from Al-Qaqaa, and between 500 and 1,000 tons of high explosives from Bouckaert, making up the vast majority of explosives used by the insurgency today.

While the failure to secure these sites is often thought of in terms of a tragedy which armed the insurgency and costs an ever increasing number of American and Iraqi lives, this begs a larger question… If our intent was to remove WMDs from Iraq, thus making the world a safer place, would we not want to remove, not only illegal WMDs which Iraq possessed and had hidden from us, but also those WMDs which were legally declared and in plain sight? Did the fact that these weapons had been declared make them less dangerous? If we had indeed found illegal WMD’s in Iraq, would we have just left them there too?

There are many possible reasons for the US invasion of Iraq. It may be that president Bush wanted to establish a friendly country in the Middle East, in light of the likelihood that the Saudi Royal Family will be overthrown and we loose Saudi Arabia (a veto wielding member of OPEC) as a western ally. It may also be that Bush simply wanted to continue the Desert Storm war, to overcome a perceived failure by his father to invade Iraq. Perhaps the Bush administration simply wanted to secure oil for the United States and make money for big business constituents in the rebuilding of Iraq. Or maybe it was revenge for a believed assassination attempt on Bush’s father.

It may be some, all, or none of these reasons. One thing appears clear, however… At no time did the United States have any interest in securing WMDs in Iraq.

As the reality of a protracted war sets in, we tend to forgo questions of how and why we went to war in favor of debate on what to do with the situation we are now in. Yet if we forget to honestly examine why we went there, we not only fail to hold those responsible accountable, but we dishonor those who fight this war for us.