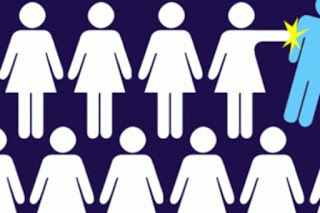 The nomination of Samuel Alito to the Supreme Court has once again thrust the abortion debate into the national spotlight.

Why does this topic generate such hatred on all sides of the issue? The pro-life are seen as fascists trying to dominate women, while the pro-choice are wanton murderers, to say nothing of women who take no small measure of satisfaction in arguing that men don’t even have a right to voice an opinion on the subject. This level of loathing makes any attempt at finding a middle ground nearly impossible, to the detriment of two sides who don’t even know what they are arguing for.

There is only one question relevant to abortion: what makes a “person”?

Nearly every culture in history has had a definition of “person”. A person has powerful and enforceable rights. Anything not a “person” (mosquitoes… monkeys… car salesmen) receives varying degrees of that protection based on our perception of their cognitive abilities, economic value, or how cute they are (it’s somehow “worse” to kill a baby seal than a baby cow).

Given the assumption that “people” all have a right to life, both sides of the abortion debate should be able to easily agree on the following:

1) Assuming that a fertilized egg is not a “person” until birth, abortion should be completely legal.

2) Assuming that a fertilized egg is a “person” from conception, abortion can not be allowed in a civilized society.

So at what point, from conception to birth, does a fertilized egg, become a person?

This is difficult to answer because rights are assigned by development (a 5 year old may have a right to life, but he does not yet have the right to drink, smoke, or carry firearms) but development is a process, with no definitive event where we can say “we conclusively have a person after this, but not before it”. Sometimes even death is a process, resulting in similar problems (see Terry Schiavo).

In the absence of an empirical method for defining a “person”, people naturally choose a method which is convenient and comfortable to them, given their previously held beliefs (at conception, at birth, in the second trimester). All of these points are utterly arbitrary, and indefensible (for example, how can one argue that a baby is a person at birth, when developmentally the baby was not measurably different the day before from the day after. How can one argue that a small mass of cells with no central nervous system, is a person either?).

Because we ultimately make a decision on our views based solely on what is most convenient definition for us, any attack on our decision becomes an attack on our entire belief structure. This, fundamentally, is why people argue and defend their positions to ridiculous lengths.

One of many such arguments is that men, unable to bear children, and thus having little or no stake on the outcome of the abortion debate, have no right to express an opinion. The argument demonstrates a complete unwillingness to even begin to examine the topic judiciously, and is ludicrous on its face. It’s also been heard before.

Before the civil war, it was illegal to have slaves in the North. The North attempted to extend this ban to the South, whose entire economy was based on slavery. However, the South argued, without a stake in the outcome, the North had no right to attempt to abolish slavery.

If one believes that abortion is murder, men of conscience must stand and voice their objections to the dehumanization and murder of his fellow man. What would you, dear reader, think of a man who watched what he believed to be the mass murder of innocents and said nothing?  Would it be any different than tolerating slavery on the grounds that you don’t own any slaves so you have no right to judge?

If one believes that abortion is not murder, men of conscience must stand and voice their objections to the systematic attempt to interfere with people’s domain over their own body. What would you, dear reader, think of a man who watched what he believed to be the subjugation of half the population of this country and said nothing?

What do I, as a man of conscience, believe?

I believe that debate is good, that people must express themselves. But I believe this debate has lost all sense of reason, and voicing a pro-life or pro-choice opinion at this point contributes to the divisiveness which paralyzes any attempt at a resolution.

Therefore I believe that reliable contraception (that is, methods or preventing fertilization of an egg) should be completely unrestricted, available inexpensively and without a prescription.

The truth is that Roe v. Wade will not likely be overturned any time soon. Overturning it, despite Alito’s nomination, is actually the lowest man on the Republican platform totem. The abortion debate is the center of Republican power in this country. Evangelical Christians have chosen it as their defining issue, an issue where the Republicans represent them best. If the issue were “resolved” to Evangelicals’ satisfaction, they might turn to issues of poverty, healthcare, or human rights, issues where they are far more liberal. Further, many Republican women (even within the Bush administration (Gerhart, A. (2005, July 19). Women Closest to Bush are Pro-Choice. The Washington Post) are pro choice. The overturning of Roe v. Wade by the Republicans could galvanize those women (and women previously too apathetic to enter politics) against the party.

Even if Roe v. Wade could be overturned in the next 10 years (highly unlikely), that will not make abortion illegal, it would simple give states the power to decide the legality for themselves. Many states would still allow it. Even if abortion were illegal in all 50 states, it would, if history is any judge, continue in high numbers.

Most pro-lifers have a knee-jerk objection to wide availability of contraception. But even Fundamentalist Catholics, who believe that contraception is a violation of God’s edict to “be fruitful and multiply”, may still see this as a solid step forward. By allowing or even encouraging contraception, pro-life groups can make a dramatic and rapid cut in the abortion rate while no way whatsoever impeding their own ability to continue to fight to make abortion illegal.

Wide availability of contraception would, however, increase the rate of premarital sex, a significant downside for many pro-lifers. However one must realize that that effect dwindles every year. The abortion rate in this country continues to rise steadily, indicating that fear of pregnancy is loosing effectiveness as a deterrent. Once it is no longer a deterrent, contraception would no longer be an incentive.

Given that most pro-lifers (including Fundamentalist Catholics) find contraception preferable to abortion, this leaves them with a rather simple utilitarian decision.

How many babies should be murdered, before the increase in pre-marital sex caused by the wide availability of contraception, is preferable to abortion? Thousands? Millions? Tens of Millions?

Figure out a number. Before that number, argue against contraception. Afterwards, actively push for contraception, the lesser of two evils, as a means of stemming the tide. The other option is to continue to fight a battle which will remain in a stalemate for decades, while we perform 1.4 million(US Government Census: http://www.census.gov/prod/2003pubs/02statab/vitstat.pdf) abortions every year.

Many pro-choicers, while supporting this move, would not give it their full throated support, arguing that it ignores the fundamental issues of a right to choose. This is correct. But this move doesn’t impede their ability to argue their case either, and is definitely a step in the right direction.

I have never met a pro-choicer who thought abortion should ever be a primary means of birth control. I have never met a pro-lifer who didn’t think that contraception was preferable. Both sides want to see a reduction in the abortion rate. It is an area all agree on, but few will make a strong push for it, choosing instead to focus on areas of disagreement, rather than where both sides may meet and help each other and themselves. I suspect that once the abortion rate drops dramatically, both sides will see the issue with less urgency, and have an easier time finding an equitable solution.

Until that time, the debate will continue with little reason being shown on either side, and potential gains passed up in the desperate attempt to avoid any compromise.